Born and raised in South Florida, Dr. Dollinger arrived at Augusta University in August 2017 as the Director of Student Health Services.  Prior to moving to Augusta, he served in two capacities at Florida Atlantic University (FAU): Chief Medical Officer at the Student Health Services and Affiliate Professor of Clinical Biomedical Sciences at the FAU College of Medicine. Prior, he served as Executive Director of Student Health Services at Florida International University (FIU) for over 18 years and then became the Founding Assistant Dean for Student Affairs and Assistant Professor of Internal Medicine at the FIU College of Medicine for 8 years.  Recognized as a leader in the field of college health, Dr. Dollinger is Past President of the Southern College Health Association and has been a member of the American College Health Association Board of Directors as the Regional Representative for the southern and southwest colleges and universities. He is an ACHA Fellow and has served on the ACHA Consultation Services Program and the Association’s National College Health Assessment Committee.  Dr. Dollinger earned his M.D. with A.O.A. recognition from the University of Miami School of Medicine in 1979 and completed internship and residency training in general internal medicine at Jackson Memorial Hospital and Mount Sinai Medical Center in Miami Beach, FL. His areas of interest include health education, college health administration and evaluation, as well as teaching clinical skills to medical and allied health students. He loves gardening, college football, nature walking, mindfulness, and spending time with family.

Becky was born in Augusta and grew up on a farm in Grovetown. Her father was a U.S. Marine.  She attended Augusta State University and earned her BBA with emphasis in Marketing and a minor in Accounting. She has been a Patient Advisor for Augusta University Health System since 2006 serving the departments of Neurology and Family Medicine. Becky has been a member of Augusta University Health Partners Advisory Committee since 2007 and a board member for the CSRA Parkinson’s Support Group since 2006.  Becky is the proud owner of a sweet therapy dog, Bella, a source of stress relief. Becky has been on the AU Health Emergency Management team since 2012. Her work experience at Augusta University has included Occupational Therapy and Human Resources before joining Student Health Services in December 2014. Becky enjoys going on walks, cooking, singing alto in her church choir, and spending time with family and friends.

Robin Atkins was born and raised in the CSRA. She is a graduate of Augusta Technical College in the Medical Assisting Program class of 2005 and immediately became certified. She has worked in many different roles in health care settings, including billing and collections, insurance, certified medical assistant (CMA), Lead CMA, and Office Manager. She joined the Student Health Services staff in June 2009 as a certified medical assistant. She was promoted first to office coordinator and then to Student Health Services Coordinator in August 2017. Her duties include management of the scheduling coordinators and electronic medical records maintenance. She also is responsible for the Student Insurance Policy at Augusta University. During her free times she loves spending time with her family at Disney.

Alecia was born in Augusta, GA and grew up in Dearing, GA. She graduated from Thomson High School in 1994. She started working at Augusta University Student Health Services as Front Desk Reception, in 2013, and was promoted to Office Specialist, in 2014, where she assisted students with their immunization documentation for compliance with the University’s pre-matriculation requirements.  She received a promotion to Immunizations Coordinator in September 2017.  In her free time, she enjoys bowling, fishing, and spending time with her family and friends.

Born and raised in Macon, Georgia, Mrs. Larkin arrived at Augusta University in February 2020 as the Associate Director of Student Health Services. Mrs. Larkin received her BSN from the Medical College of Georgia and her MSN from the University of South Carolina, Columbia. Mrs. Larkin serves as the Chief Clinical Officer, serving a diverse undergraduate and graduate population with both preventative health care initiatives, acute medical healthcare and health maintenance across the lifespan. Within this role, Ms. Larkin serves as the lead gynecological provider and sexual assault director for the clinic. Currently, Ms. Larkin is the chair of the Augusta Judicial Circuit Sexual Assault Response Team (SART). Through this role Ms. Larkin has brought standardized medical forensic examination training to the local agencies and implemented a simulation platform for sexual assault forensic examinations (SAFE) and forensic injury identification.

In addition to holding national certifications as a Women’s Health Nurse Practitioner, Certified SANE-A, Colposcopist, Inpatient Obstetrical Nurse and Professional Legal Nurse Consultant, Mrs. Larkin lectures at the undergraduate and graduate level in nursing academia and serves as an expert witness and subject matter expert in sexual assault and non-fatal strangulation. Within her role as a WHNP-BC, she instituted and ran the Sexual Assault Program at Fort Gordon and Fort Stewart, GA and served as a consultant to the Medical Command in both Women’s Health and Sexual Assault. She loves being a mother and being back in the CSRA!

Dr. Foster is an Assistant Professor of Family Medicine at Augusta University. He received his medical degree from the University of Maryland, completed residency program in Family Medicine at the Medical College of Georgia in 1996, and is certified by the American Board of Family Medicine.  He is the Medical Director for Occupational Health Services at Augusta University and provides pre-employment physical examinations.  He provides oversight for the blood-borne pathogen program for students and employees.  He also works part-time at the Student Health Clinic. 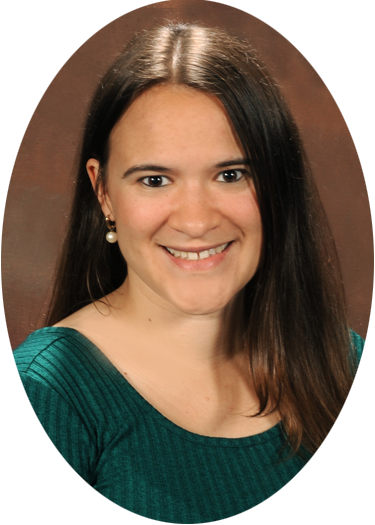 Dr. Locrotondo was born and raised in Glenwood, Maryland.  She received her B.S. from the University of Maryland, College Park.  She attended Lake Erie College of Osteopathic Medicine in Bradenton, Florida for medical school.  She completed her residency in psychiatry at Augusta University in 2019.  Her interests include spending time with her husband, volunteering with a local animal rescue and watching sports.  She is excited to be joining the Student Health team and working with the students at Augusta University.

Ms. Wolford and her passion for nursing and college sports was born in South Bend, Indiana, the oldest of eight siblings.  She began her pursuit for a Bachelors in Nursing at Purdue University, transferring to Bowling Green State University in Ohio where she was commissioned as a Second Lieutenant in the United States Army.  While on active duty for 21 years, Ms Wolford worked various roles in Emergency, Air Evacuation, Oncology, and Medical Surgical medicine as well as teaching within the academic arena as an Instructor and Deputy Director of the 91WM6/LPN Program.  Ms Wolford obtained her Master’s in Nursing at Pacific Lutheran University in Tacoma Washington in 2000 where she began her career as a Family Nurse Practitioner.  Since retiring from the military in 2011, she has worked Primary Care and served on various medical mission trips to Belize, Haiti, and Nicaragua.  She is married to her favorite Ohio State Buckeye, John Wolford, and has three children who encouraged her to pursue her passions, teaching and caring for students as an AU Jaguar.

Dr. Bolgla attended the University of Georgia where she earned her BA and MA she then attended the Medical College of Georgia where she received her BS, MS and PhD. Dr. Bolgla recently received research funding as part of a 4-year, $374,722 multi-center investigation titled "Optimal Rehabilitation Protocols for the Treatment of Patellofemoral Pain Syndrome: An Outcome-Based RCT Study." Dr. Bolgla provides physical therapy services at the Student Health Clinic by appointment, typically one half day a week.

Crystal has been in the medical field for 25 years with 15 of those years as a nurse. She has two grown children and a third child being her boxer/bulldog mix. She loves to cook, bake and read. She is an avid camper and loves to go camping and travel as much as possible. She enjoys helping others and would love to one day go on a medical mission trip.

Tammy was born in Georgia and received a Diploma from Augusta Technical College in 1981. She has more than 35 years of clinical, academic, and administrative experience in various private and governmental healthcare and academic settings. Tammy started work at the Student Health Services in April 2012. Her hobbies and personal interests include spending quality time with family.

Donna Beasley was born in Orlando, FL. She received a Diploma from Augusta Technical College in 1982. She has worked in various nursing capacities including orthopedics, medical/surgical nursing, OB-GYN, psychiatric/developmental disability, and prison nursing.

She began work at AU Student Health Services in December 2014.  She enjoys spending time with family and friends, traveling and is actively involved in her church.

Jennifer Skibbie was born in New Jersey and moved to FL as a teenager. From there, she spent 6 years in the Army and settled in Augusta. She earned an Associate Degree in General Studies from Georgia Military College and her Medical Assisting diploma from Augusta Technical College in 2008. She has six years’ experience in orthopedic and sports medicine. She has been at Augusta University Student Health since April 2014. She enjoys cooking, gardening and reading.

Lacey was born in Germany as her dad served in the military. She started working here June, 2013 and became Lab Specialist in 2015. In 2011, Lacey acquired her Associates of Science from Georgia military. She has a certificate in phlebotomy (2009) and CCMA (2015). Lacey started out in Oncology, where she acquired precision skills used in phlebotomy. Lacey is married with 2 children, she enjoys doing volunteer work, and going to church.

Stephanie Frails attended the Kerr Business College-Clerical/Office Specialist and has served as a Medical and Dental Assistant. She has several years’ experience in health care services. She worked at the Dental College of Georgia, where she was recognized for Outstanding Performance in Customer Care in June 2006. She has received training in the “Six Cardinal Rules of Customer Service”.   She then worked at the Children’s Hospital of Georgia (CHOG) from 2013 to 2015 before joining the Student Health Services as a Scheduling Coordinator in August 2017. Her responsibilities at the Student Health Clinic include scheduling appointments and screening telephone calls. In her spare time, she enjoys riding her Harley-Davidson, traveling, walking, watching old movies, and eating foods from different cultures.  She also makes it a priority in her life to give back to her community and various charitable organizations.

Stephanie Goodhand, joined Student Health Staff as a Scheduling Coordinator in May of 2014. She was born and raised in Augusta, Ga. She graduated from Augusta Technical College from Surgical Technician Program In 2006. She has 12 years’ experience in the Medical front office. She provides Clerical and Administrative services in Student Health Clinic including, scheduling appointments, screening telephone calls. Doctor’s schedules, discharge patients, taking payments, daily deposits, medical records, and referrals. Enjoys spending time with her family and grandchildren.

Jennifer Powell is originally from Queens, New York and moved to the Augusta area in 2003. She received a diploma in Medical Assisting in 2005 from Augusta Technical College. She has over twelve years of experience in the medical office setting. Jennifer joined the Student Health Clinic as a Certified Medical Assistant in 2013 and shortly transitioned into the Scheduling Coordinator position for check-out in 2014. Her job duties include medical records management, processing of referrals and payments for services rendered in the office, reconciliation of charges, and departmental daily deposits. She enjoys spending time with family, especially her husband and daughter, and loves to participate in church activities.

Kimberly Turner is the Scheduling Coordinator at Student Health. She’s from North Augusta, SC. She joined Augusta University Student Health Staff July of 2013. She received a Medical Office Specialist Certificate from Kerr Business College in 2001. She has 15 years of experience in medical office support. She provides clerical and administrative services in support of the Student Health Clinic, including maintaining provider schedules, scheduling appointments, screening telephone calls, referrals and medical records management. In her spare time, she enjoys spending time with her Granddaughter and shopping.