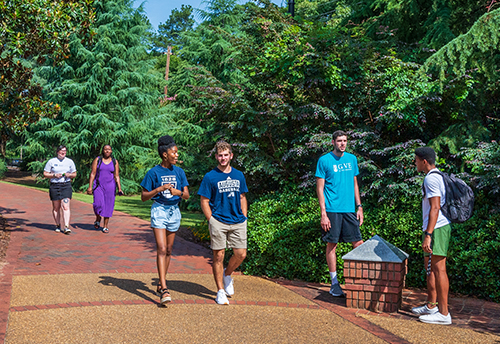 Office of Diversity and Inclusion

Committed to increasing inclusive excellence, promoting equity, and cultivating a welcoming environment for all students, faculty, and staff at Augusta University

Working hand-in-hand with university administrative units, academic departments and senior leadership, the Office of Diversity and Inclusion (ODI) strategically builds, aligns and coordinates diversity, equity and inclusion efforts throughout the university to advance the organizational goals outlined in Beyond Boundaries and to enhance Augusta University’s business operations.

In order to remain a destination of choice in today’s quickly evolving society, Augusta University understands that it must attract and develop talent from a broad array of backgrounds and experiences. Therefore, ODI works to foster an environment that celebrates diversity and inclusion equitable access to opportunity. We also promote cultural humility/responsiveness in which all backgrounds and cultures are valued. In addition, we emphasize respect, trust and empowerment, acheived through transparency, open communication, and the development of collaborative working relationships that extend beyond the campus to the surrounding communities that Augusta University serves.

Office of Diversity and Inclusion

A Message From Our Office

Diversity, Equity, and Inclusion work is a lifelong process. Doing this work is an investment in yourself and in your community.

Discover our diversity offices and more.

Learn more about our grant opportunities.

Enjoy our commemorative event with the Lucy Craft Laney Museum of Black History.

Help us with our commitment to inclusivity. Join BFSA today!

Enlighten, listen, read and grow. Remember we're all in this together

Learn about upcoming events and what’s happening with diversity, equity and inclusion around campus.

Dr. Tiffany Townsend has made a career out of turning action into results.

Augusta University’s Office of Diversity and Inclusion offered several new programs this year to advance diversity, equity and inclusion across the AU community.

Caughman reflects on 35 years at Augusta

After 35 years at Augusta University, Dr. Gretchen Caughman will retire on Aug. 31.

Faculty and staff at Augusta University will have the opportunity to address concerns at the upcoming listening session at 9 a.m. Wednesday, Aug. 26. The session will be virtual via Microsoft Teams.

Each month, ODI features a notable faculty, staff, student, alumnus or community member whose work has made a significant impact in advancing diversity, equity and inclusion at Augusta University, its surrounding community, or throughout society.

The goal of the feature is to raise awareness of the important work that is taking place in our community and to encourage a culture shift in which everyone begins to appreciate that the advancement of equity benefits us all. 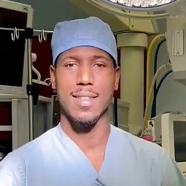 In summer 2009, Michael Hall was trying out for Georgia State’s start-up football team in a pair of cleats that belonged to his cousin.The borrowed cleats were a size too big, but he was still able to display the speed that would make him a key defender on the Panthers’ first two teams in 2010 and 2011. A decade later, Hall is using different talents on the frontlines in the fight against COVID-19 as an oral and maxillofacial surgery resident at Howard University Hospital in Washington, D.C. A first-generation college student, Hall earned his bachelor’s and master’s degrees in exercise physiology at Georgia State. After completing his doctor of dental medicine at Augusta University, he is in the second year of his four-year residency. He is grateful for the medical training that enables him to help others at this crucial time.