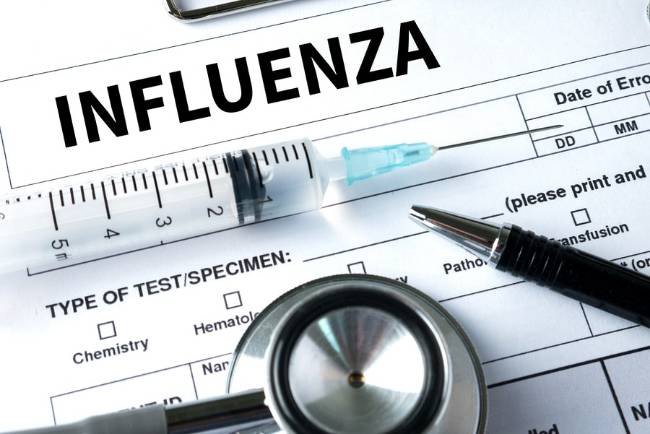 Each winter, millions of people suffer from the flu, a highly contagious infection. It spreads easily from person to person mainly when an infected person coughs or sneezes.

Flu - the short name for influenza - is caused by viruses that infect the nose, throat, and lungs. It usually is a mild disease in healthy children, young adults, and middle-aged people. However, flu can be life threatening in older adults and in people of any age who have chronic illnesses such as diabetes or heart, lung, or kidney diseases.


Who Should Get the Flu Shot?

According to the Federal Government's Centers for Disease Control and Prevention, the following people are at risk for serious illness from the flu and should get a flu shot every year:

When is the Best Time to Get the Flu Shot?

In the United States, flu season usually occurs from November until April. Most people get the flu between late December and early March. The best time to get your flu shot is between September and mid-November. It takes about 1 to 2 weeks after you get the shot to develop protection.

Does the Shot Cause Side Effects?

The flu shot does not cause side effects in most people. Fewer than one-third of those who get the shot have some soreness, redness, or swelling on the arm where the shot is given. These side effects, which can last up to 2 days, rarely interfere with a person's daily activities. About 5 to 10 % of people have mild side effects such as headache or low-grade fever for about a day after vaccination.

The flu shot is made from killed flu viruses, which cannot cause the flu. With very rare exceptions, the danger from getting flu - and possibly pneumonia - is far greater than the danger from the side effects of the shot.

Why Do You Need A Flu Shot Every Year?

Preventing flu is hard because flu viruses change all the time. This year's flu virus usually is slightly different from last year's virus. Every year the flu shot is updated to include the most current flu virus strains. That's one reason why flu shots will protect you for only 1 year.