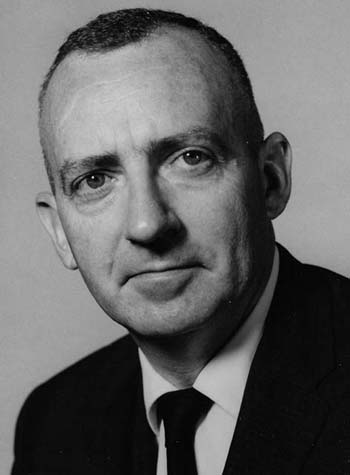 Dr. Harry O'Rear received his undergraduate degree from the University of Alabama and his M.D. degree from the University of Pennsylvania. He served two years as a medical officer in the U.S. Army in the Far East. Dr. O'Rear completed postgraduate training in pediatrics at Duke University. He was a faculty member of Duke before coming to the Medical College of Georgia. Dr. O'Rear joined the institution in 1950 as associate professor. One year later he was promoted to professor and chair of pediatrics, then dean of the School of Medicine in 1953.

In 1958, the Board of Regents named him acting president, and in summer 1960, he became the third president of the Medical College of Georgia. During his presidency, the university acquired 26 acres of land for future growth, added schools of Dentistry and Allied Health Sciences and built several buildings, including the library and Dentistry Building. 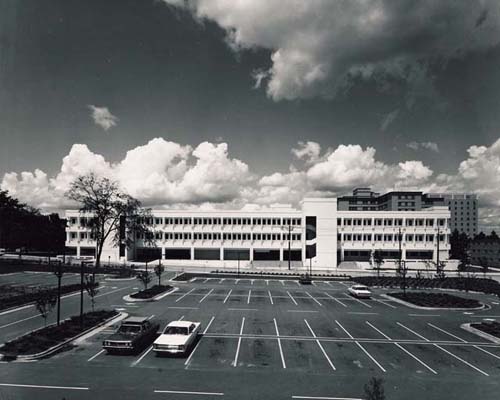 Even though the presidency occupied most of his time, Dr. O'Rear found time to pursue his favorite hobby, photographing flowers in their natural settings. He resigned as president in 1972 to accept the full-time position of vice chancellor for health affairs in the University System of Georgia, a position he held until his retirement in 1985. 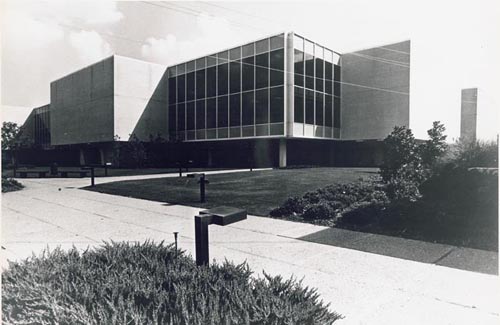 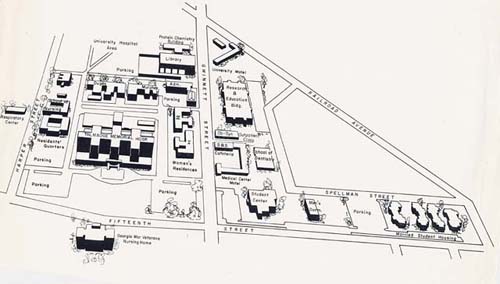 The late 1960s saw marked growth as MCG transformed into an institution with an eye toward the future, strategically focused on expanding its mission of education and health care. Expansion required acquiring additional funds and land to support the future growth of the school. MCG President Harry Barron O'Rear wanted to purchase land across Gwinnett Street to support this vision and asked the city of Augusta for assistance. In 1962, the Board of Regents approved President O'Rear's plan, and the school purchased the 25 acres of land. With this land, the school built a Student Center, student housing and the Carl T. Sanders Research and Education Building. In addition, the school used a portion of land initially traded with the city of Augusta to build the school's first freestanding library.

The Medical College of Georgia received funds for building a new library in 1959, and the architectural firm of Eve and Stulb designed it. Construction started on the new library in 1962, and in 1963, the building was completed. Total construction costs for the new library were $670,799. Within five years of moving to its new location, the problem of lack of space resurfaced. The library also expanded the number of employees during these years from Ms. Sadie Rainsford and one assistant to Ms. Rainsford, three staff members, and a student worker. 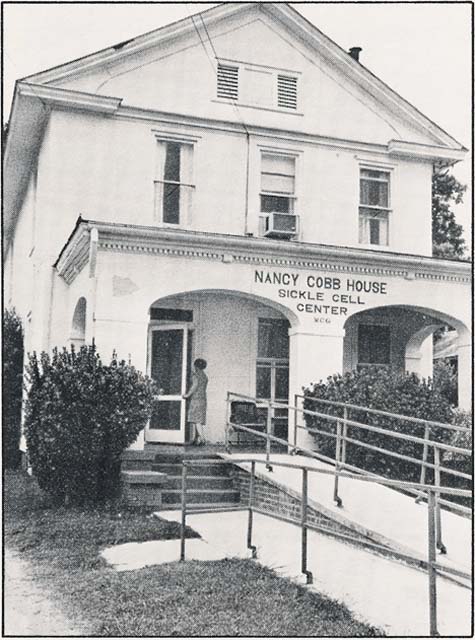 During President William Henry Moretz's tenure, the Medical College of Georgia expanded areas including student growth, faculty size, research developments and building space. In 1972, Dr. Titus H.J. Huisman established MCG's Sickle Cell Center. The centers emphasis was on education, testing and counseling, clinical services, research and social services. On December 10, 1973, ground was broken for the Virgil P. Sydenstricker Wing of Eugene Talmadge Memorial Hospital. During that same year, the Nancy Cobb House was opened to house sickle cell patients making overnight visits to MCG clinics. The house was named in honor of Nancy Cobb Young, a member of one of the first sickle cell families studied by the late Dr. Sydenstricker. The Georgia Comprehensive Epilepsy Program headed by MCG's Dr. Joseph B. Green started in 1975; the program sought to train socio-medical professionals across Georgia to understand and help epileptics. On October 13, 1976, the hospital dedicated the new Virgil P. Sydenstricker Wing.

This photograph is the Nancy Cobb House, which became known as the Sickle Cell Center. The Medical College of Georgia opened the center in 1973 to house sickle cell patients making overnight visits to the clinic.

In 1980, the university established the MCG Research Institute, a non-profit corporation, which encouraged basic and clinical research at the institution. During President Moretz's inaugural address, he indicated MCG's need to substantially enlarge the library. In late 1980, the addition was completed, and by early 1981, the library moved into it. The same year, Student Health Services opened under the leadership of Dr. William Henderson. During 1981-1982, the university added both a baccalaureate and certificate program in diagnostic sonography. Talmadge Memorial Hospital celebrated its 25th anniversary in fall 1981. A year later, Talmadge Hospital received the first triple organ donation in Georgia. During Dr. Moretz's presidency, the number of MCG graduates almost doubled and the university spent more than $25 million in construction and renovation. 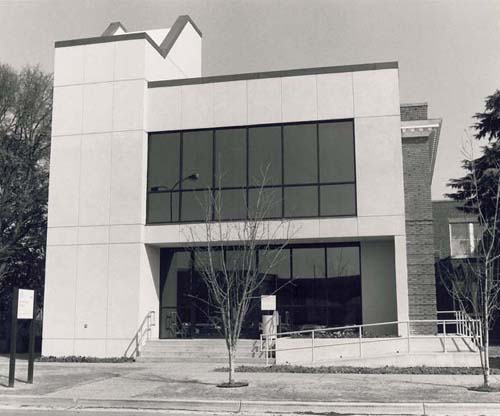 The city of Augusta dedicated the "new" University Hospital in December 1970. MCG bought the "old" University Hospital in 1973 for its preservation and future use by its Schools of Allied Health Sciences and Nursing. However, it was not financially feasible to remove the asbestos, so the original structure was demolished in the early 1990s. MCG saved two wings of the old hospital: the Milton Antony Wing and Jennings Wing. The Milton Antony Wing was remodeled and renamed the Walter L. Shepeard Building, for a former pathology professor and chairman of the Department of Medical Technology, to house MCG's Departments of Occupational Therapy, Physical Therapy and Medical Technology.

In 1977, the Board of Regents approved $1 million to remodel the Jennings Wing into a permanent facility for Departments of Medical Technology and Occupational Therapy. The Jennings Wing was renovated but for a much different purpose. MCG later renovated the Jennings Wing to become a freestanding building that houses a portion of the School of Nursing. The Jennings and Shepherd buildings are the only buildings that were part of the old University Hospital complex.

The library received a facelift and a new addition in 1980, which increased its size to over 60,000 square feet. The library established a computer micro-lab in 1983 that supported computer-aided instruction, online searching, databases, and computer literacy. The library's name changed to the Robert B. Greenblatt, MD Library in 1987.