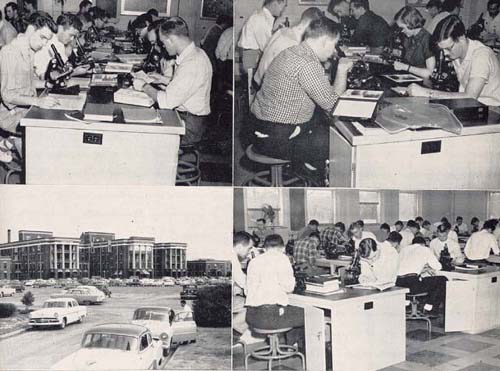 In 1954, the University System Board of Regents assumed control of Talmadge Hospital. The subsequential dispute involving operational policies ended in 1958. To increase full-time faculty, MCG encouraged part-time faculty to become full-time in 1955 with the incentive of free office space, 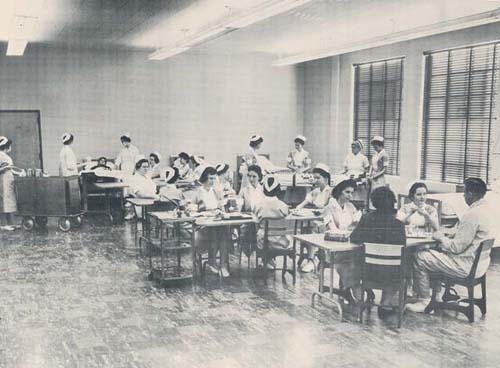 secretarial and technical services. The school also increased faculty through actively recruiting young doctors throughout the United States. Talmadge Memorial Hospital received its first patient in June 1956, and clinical services started in July. The admission policy led to the hospital treating mostly indigent patients instead of paying ones. The Board of Regents approved the School of Nursing moving from Athens to Augusta in 1956. One year later, the university granted 11 bachelor of science degrees in nursing. 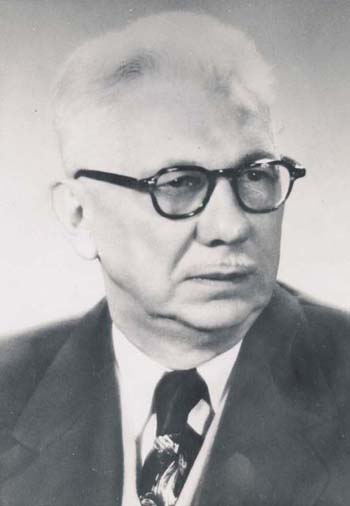 Dr. Edgar Pund, a native of Augusta, graduated from the University of Georgia and the University of Georgia School of Medicine. In 1923, he became an associate professor in pathology at MCG and in 1932, chair of the Department of Pathology. The Board of Regents elected Dr. Pund as the university's second president in 1953. He is remembered for helping MCG acquire a teaching hospital, Eugene Talmadge Memorial, which opened in 1956. Dr. Pund, along with several other physicians, also helped form the Medical College of Georgia Foundation. Dr. Pund made more than 50 contributions to research literature. He was the first to develop a satisfactory method for staining the Donovan bodies of granuloma inguinale in tissue and to demonstrate that the disease may become generalized. He also recognized the dissemination of lymphopathia venereum and showed that it may be a primary cause of death. Always interested in cancer, he was one of the early workers in exfoliative cytology and emphasized its value in diagnosing pre-invasive carcinoma of the cervix uteri. Dr. Pund was named President Emeritus in 1954. 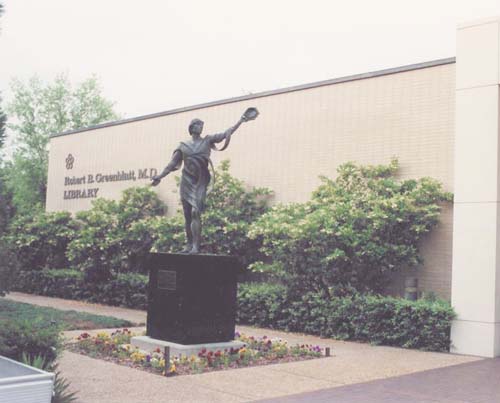 In 1954, the library moved into the newly constructed Kelly Administration Building. Although room for books increased in the library's new location, seating space was at a premium. Therefore, it was commonplace to see library patrons studying on the steps leading to the library's upper level stacks. Administers of the Medical College of Georgia quickly realized the library needed a separate and bigger location, so they sought funds from the Board of Regents. 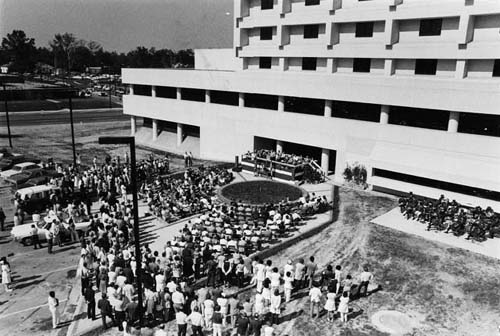 The Eugene Talmadge Memorial Hospital, located at 1120 15th Street, was one of six buildings included in the State Hospital Project. In addition to the hospital, the project included two dormitories, house staff quarters, a treatment center for alcoholics, a warehouse and an educational facility. Gregson and Ellis from Atlanta were the architects, and the Fuller Company of Washington, D.C. was the general contractor. Construction cost approximately $11 million and equipment cost $4 million.

The cornerstone of Talmadge Hospital was laid in February 1954. Although construction was complete in fall 1955, the hospital opened in June 1956 due to installation of equipment and disputes over operational policies. Dr. Rufus Payne supervised construction and served as the first superintendent of the hospital. The Research Wing opened in 1961. The hospital was subsequently renamed the Medical College of Georgia Hospitals and Clinics, then MCG Medical Center. Management of the MCG clinical facilities transferred to MCG Health, Inc. in July 2000.

In 1957-1958, students formed the Milton Antony Medical Society to deepen their knowledge and appreciation of medical history. Faculty members, such as President Emeritus Kelly, gave speeches on medical topics. The school realized the library's space in the Kelly Administration Building was too small and asked the Board of Regents for money to build a new library. MCG's first freestanding library opened in 1963 and offered many modern conveniences to students and faculty.

The Board of Regents approved President Harry O'Rear's request for more medical programs at MCG in the 1960s by establishing several new schools. In 1965, the Board of Regents approved the School of Graduate Studies, and it awarded Jasper Lewis the first PhD in biochemistry in 1966. The Medical College of Georgia admitted the first dental doctoral students into the School of Dentistry in 1969, almost 100 years after the faculty first discussed the program. In the same year, John Harper and Frank Rumph, two black students, entered the School of Medicine. MCG formed the School of Allied Health Sciences in 1968.

MCG started a minority affairs program in 1969, which encouraged minority students to pursue medical careers. The Board of Regents changed the admission policy at Talmadge Memorial Hospital in November 1969, removing the need for referral and allowing MCG physicians to see any patient at the hospital. Joyce Beeks became the first black woman to graduate with an MCG bachelor of nursing degree in 1971.