Dean Eugene Foster's tenure included many changes at MCG. Mrs. O'Connor became the first woman to apply to the school, but the faculty adamantly denied her admission. The scientific findings of Pasteur, Koch and Lister rapidly advanced the field of medicine in the late 19th century. New physicians required knowledge of anatomy, bacteriology, chemistry, histology, pathology, physiology and pharmacology. The MCG faculty believed students needed to attend class for four years to obtain this well-rounded education. The school offered an optional fourth year in 1898 to graduating students, charging only laboratory and matriculation fees. The 1899 graduates were the first to wear caps and gowns during commencement. The first caps displayed the colors of the University of Georgia.
The school succeeded in adding the fourth-year requirement in 1900. Students focused on basic sciences the first two years and studied clinical sciences the last two years. Dean Foster discovered students were cheating for the past few years when he found a well-hole existed between the demonstrators office and the large amphitheatre. After the discovery, the faculty increased monitoring activities during testing periods. 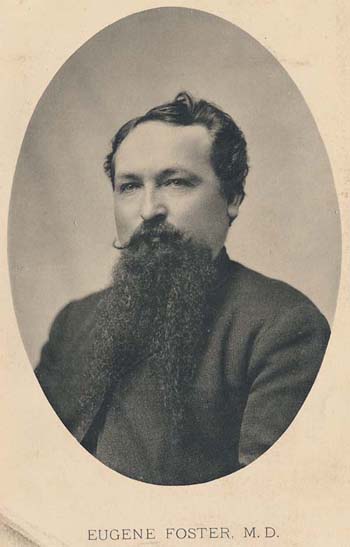 Dr. Eugene Foster was born in Augusta and received his M.D. degree from the Medical College of Georgia in 1872. He did postgraduate work at University Medical College in New York, then returned to Augusta to oversee the smallpox hospital. He was an advocate for public health programs throughout his life, serving on the Augusta Board of Health, backing Augusta's implementation of its sewerage system, and being an active member of the American Public Health Association. While dean of the Medical Department of the University of Georgia, he lobbied to require four years for the medical degree in order to expand the curriculum to include emerging knowledge, such as bacteriology. In 1892, Dr. Foster gave the address at the first annual alumni association meeting in conjunction with commencement. He urged more cooperation among doctors and lashed out against quacks. As a proponent of using sound business principles to run the institution, his term as dean saw prosperous times, and he improved the physical plant with new equipment and expanded facilities. Dr. Foster died of cancer in January 1903.

When Dr. H.W. DeSaussure Ford assumed the deanship for the third time, the college worked on strengthening its ties to the University of Georgia. The faculty formed a committee to present proposals to University of Georgia trustees to build an alliance. The trustees accepted some suggestions, such as the chancellor presenting diplomas at commencement. However, they rejected two others: a university employee working as agent for MCG, and the president of MCG trustees being a member of the University's Board of Trustees. These proposals made minor improvements, but major negotiations were still needed to strengthen ties.

The Antony Chapter of Chi Zeta Chi became the first fraternity on the Medical Department campus in 1902, and four months later, students formed the Alpha Kappa Kappa and Alpha Gamma Chapters. In 1904, E. R. Dendy, Dr. William Henry Doughty Jr.'s office nurse, tried to enroll in MCG, but the faculty refused her application. Grandison Harris, the colleges janitor and resurrection man, retired after 52 years in 1904. The school provided a pension of $10 a month for his faithful service. 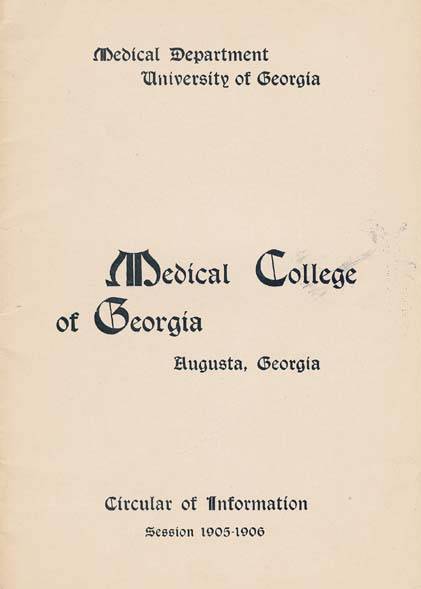 The Medical Department Announcement for 1903-1904 is similar to many of today's college catalogs. It announced the Seventy-Second Annual Session of the Medical Department of the University of Georgia, which began on Oct. 1, 1903 and ended on April 1, 1904. It listed the requirements for matriculation and graduation, tuition costs, gave course descriptions, and highlighted the Department's history. The cost of tuition for students was $75.00 for the year. Additional fees applied to 1st and 2nd year students who paid $5.00 for dissecting costs. Graduating students paid an additional $30.00.

During Dean Allen's term, the school officials made several needed changes to the curriculum and improved clinical instruction and laboratory facilities. The teaching staff was also strengthened by the addition of several assistant, associate and full professors. In 1906, the Council on Medical Education inspected the country's 160 medical colleges. The hard work of the faculty was not in vain because the Medical Department received the news in 1907 that it had been designated Class A. During the fall of that same year, the institution's initial experiment with an athletic program was marked when the school fielded its first football team. 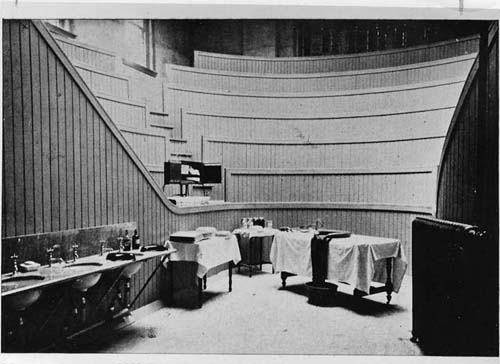 In 1908, Abraham Flexner, a layman and staff member of the Carnegie Foundation, was selected to inspect medical colleges in the United States and Canada. He gave the Medical Department of the University of Georgia a less than favorable report when he visited Augusta on February 9, 1909. He basically recommended that the University of Georgia no longer be affiliated with the department, and the school should close its doors or move to Athens due to inadequate financial support and the tenuous affiliation with the university. After Dr. Joseph Allen's term expired in May 1910, the mantle was passed to Dr. William H. Doughty Jr., who helped the department redeem itself.

The seating capacity of the operating amphitheatre was 200 and the arrangement of the tiers allowed a full and unobstructed view. The amphitheatre was heated by steam and had both gas and electric lights making it possible to perform operations during the day and night. 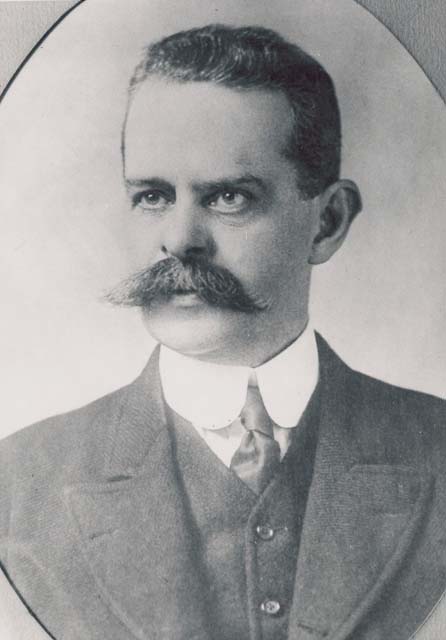 On a daily basis the students viewed surgical operations or some form of surgical treatment of disease or injury.

Dr. Joseph Eve Allen was born in Augusta and was the grandson and namesake of Joseph Eve, an MCG founder. He was educated in Augusta, received his MD degree from the Medical Department of the University of Georgia in 1877 and spent his career with the institution in obstetrics and pediatrics. In 1896, he became the center of controversy upon his address on Darwinian Evolution, which some in the community considered an attack on religion. In 1906, when he was named dean, his popularity with the students was such that they hoisted him on their shoulders and carried him into the assembly.