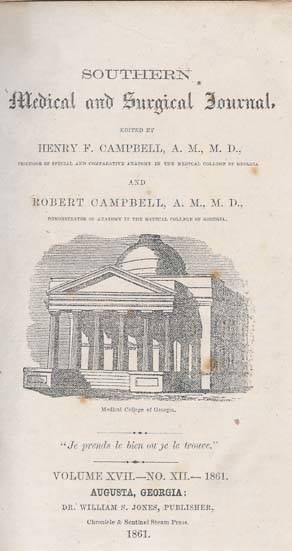 The growing tensions between the North and South resulted in few Southern medical students attending school in Northern colleges and universities in the 1850s. Southern students who went to Northern schools complained about harassment. The Augusta Herald joined other Southern newspapers in urging Southern students to return home where they would not experience insults. The growing tensions reached a pinnacle December 20, 1859 with several Southern students attending the Northern schools meeting to protest the hostilities and deciding a course of action. They sent several telegrams to Southern schools asking for acceptance into their programs. Dean Newton agreed to accept these students without charging tuition and the graduating students paid only the $10 diploma fee. Thirteen students arrived in Augusta on Christmas Day and attended classes on Monday. After the 1859-1860 session, the faculty approved several improvements for the Medical College of Georgia, such as cleaning the dissecting room and painting the exterior. The outbreak of the War led the school to close February 15, 1861, two weeks early. 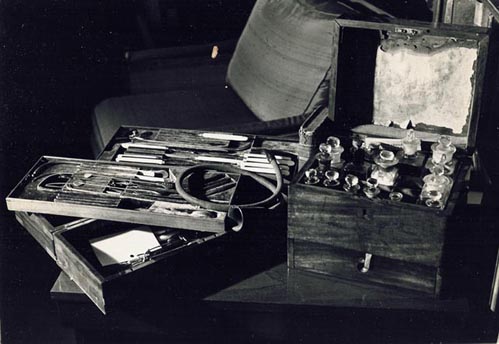 This volume, published in November 1861, was the last one printed after the Civil War started on April 12, 1861. Editors Dr. Henry F. Campbell and his brother Dr. Robert Campbell announced on the Editorial page that they were suspending the Journal temporarily because of the high price and scarcity of paper. However, they planned to resume printing after the Confederate States had achieved their independence.

This photograph is of Dr. Henry F. Campbell's medical instruments. He was an 1842 graduate of the medical college at the age of eighteen and a cousin of Dr. Paul F. Eve, dean of the medical college from 1836-1844. Affiliated with his alma mater for fifty years, Dr. Campbell served as assistant demonstrator of anatomy, professor of anatomy, and professor of surgery and gynecology. Among his contributions were the inventions of several specialized tools for use in gynecological operations and in lithotomy. 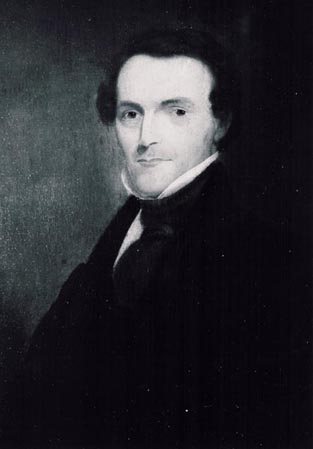 Dr. Ignatius Poultney Garvin graduated with the first graduating class of the Medical College of South Carolina in 1825. He was a founding member of the Board of Trustees and a member of the original faculty of the Medical College of Georgia. In 1829, he held the professor of anatomy and surgery chair for one year, then he left to pursue private practice. In 1839, MCG named him professor of materia medica and therapeutics, and from 1857-1861, he served as dean. After the devastating yellow fever epidemic of 1839 in Augusta, Dr. Garvin and colleagues were appointed to study its causes, and the subsequent report was hailed as a valuable contribution to medical literature. His school and his family were greatly affected by the epidemic, as one of its victims was Dr. Milton Antony, founder of the school and father of Dr. Garvin's wife, Sarah Ann. He was elected to represent the school at the national medical convention in 1847 where he proposed implementing educational standards for all medical schools, a theme common to the founding fathers. Besides his active professional life, he also participated in the civic affairs of Augusta. He was elected mayor of Augusta in 1848 and also served as treasurer of Augusta for over 15 years. He retired from MCG in 1867. 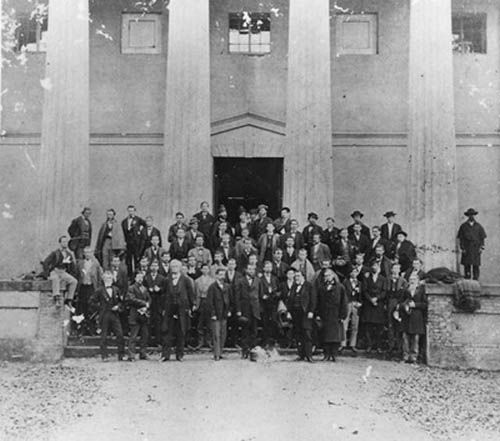 By October 1861, the events of the Civil War indicated to the remaining faculty and to the Board of Trustees that MCG would not open in the fall. The announcement was made in the newspapers as well as in the Southern Medical Surgical Journal, which was suspended after the November-December 1861 issue due to the high cost of paper and the probability that it would be unavailable later at any price. Throughout the war, Confederate surgeons used the Medical College building as a headquarters and at times, it was also employed as a hospital. It served as a part of the Third Georgia Hospital, which stretched along Telfair Street from Richmond Academy to old Holy Trinity Church.

This photograph of the faculty and students of the Medical Department of the University of Georgia is the oldest class photograph in the Historical Collections and Archives of Robert B. Greenblatt, M.D. Library. 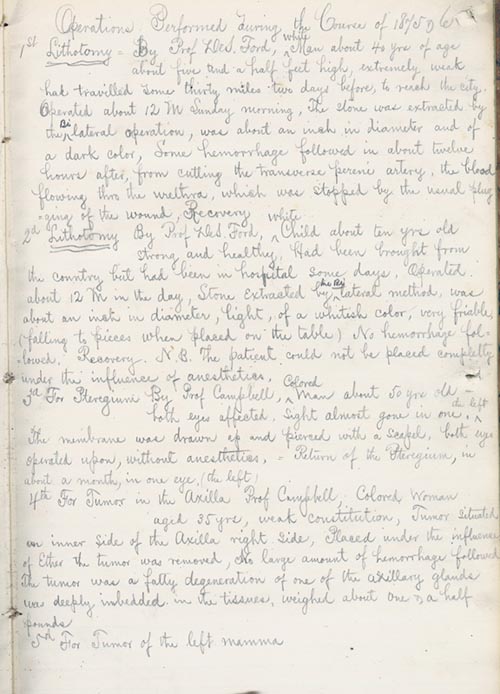 After a four-year hiatus, the school reopened on the first Monday of November in 1865 with 47 students - 44 Southern students and three Northern soldiers. In August 1873, the Medical College of Georgia became the Medical Department of the University of Georgia. The affiliation was loose because the local Board of Trustees retained actual control of the college. During the session of 1875-76, several women from Misses Dearing and Young's classes attended Col. Rains' chemistry lectures, marking the first appearance of females in MCG classes.

This document lists the operations performed by Dr. DeSaussure Ford and Dr. Henry F. Campbell during the year of 1875-76. Historical Collections staff found this list in Dr. Joseph Eve Allen's personal school notes from when he was a student at the medical college. Among the operations performed were two lithotomies, an eye operation, removal of a tumor in the axilla, and removal of a tumor in a left breast. 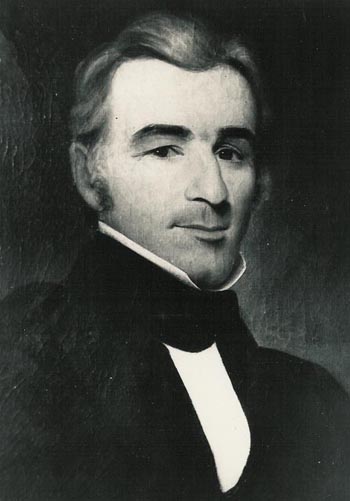 Dr. Louis Dugas came from an accomplished and well-educated French West Indies family. He studied under renowned professors and physicians in Philadelphia, Maryland and France. In 1831, he joined the MCG faculty. In 1834, each faculty member contributed $1,000 for him to go to Europe to purchase materials for a library and museum. He returned with a fine and valuable collection, most of which has been preserved and is currently housed in the Historical Collections and Archives of the Greenblatt Library. His service as dean came during the trying times of the Civil War and its aftermath. He served as editor of the Southern Medical and Surgical Journal for seven years and made voluminous contributions to medical literature. He developed a test for dislocation of the shoulder still used today (Dugas sign). He was often far ahead of his time in medical practice. His insights into the origins of yellow fever foreshadowed the discovery of its transmission by mosquito and he used animal sutures years before it became commonplace. He was the only surgeon south of Virginia to perform the Civiale technique of lithotrity (crushing a urinary stone within the bladder), and the only U.S. surgeon performing ligature of the ischiatic artery for aneurysm. He outlined a bold approach for treating abdominal wounds with which he claimed success. One of his more controversial techniques was the use of a hypnotic trance on a patient during surgery who reported no pain. He also was involved with civic affairs, serving on the City Council repeatedly, and helped erect the Signers Monument recognizing the three Georgia signers of the Declaration of Independence.