The doors of the Medical Academy of Georgia opened on October 1, 1829 in Augusta's City Hospital with seven students and three faculty members: Dr. Lewis Ford as professor of materia medica and chemistry and pharmacy, Dr. Antony as professor of institutes, practice of medicine, midwifery, and diseases of women and children, and Dr. I. Garvin as professor of anatomy and surgery. After the Medical College of South Carolina's refusal to accept the academy's students for second-year courses, the General Assembly on December 20, 1829 empowered the trustees to confer the doctorate of medicine and the school's name was changed to the Medical Institute of Georgia. The first commencement was held April 7, 1833 with four students graduating. On Dec. 20, 1833, the institution's name was changed to the Medical College of Georgia by the General Assembly to depict the school's true status and mission. 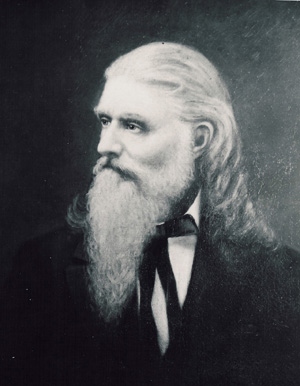 Dr. Lewis D. Ford was educated in New York and moved south to practice medicine in 1822. He was a founding father of the Medical College of Georgia and taught there for 50 years. He was well known for his benevolence and encouraged this attitude in his students as a duty of the profession. He was an expert on epidemic diseases and advocated better sanitary conditions to improve the health of the citizens. He served as president of the Board of Health of Augusta for several years and was chosen as first president of the Georgia Medical Association when it was organized in 1849. He served on the Augusta city council and was elected mayor in 1846. He served the Confederacy in the Civil War despite being 60 years old at the time. A resolution from the faculty of the Medical College of Georgia upon his death stated "...he will long be remembered as one of the founders of medical science in our State....an early cultivator of correct methods of medical reasoning, and....to the founding of a sound medical philosophy not only in his own State but through the entire South." 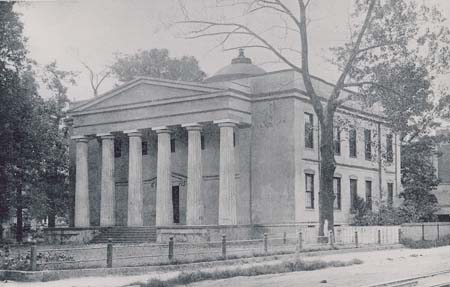 Located at 598 Telfair Street, the Old Medical College building was MCG's first academic home. Designed by Charles B. Clusky, the original floor plans included a heating system, a laboratory on the western side of the building, a Roman cement facade, a skylight for the anatomy dissecting room and a grand hall down the center that divided two large lecture halls in the front area. An expansive rotunda and staircase divided the two grand halls. Construction lasted from 1834 to 1836. However, students and faculty moved into the unfinished building in January 1835. Construction costs totaled $14,567. MCG occupied this building for 77 years, vacating when the doors closed for the holidays in December 1912. The building then reverted to the Academy of Richmond County trustees. The Academy of Richmond County used the building for training and teaching until 1926. The Garden Club of Augusta later leased the building with the Augusta Genealogical Society occupying space in it. MCG Foundation presently leases the property.

The first known library for the Medical College of Georgia was located in the Old Medical College building on Telfair Street. In 1834, MCG sent Dr. Louis Alexander Dugas to Europe with $6,324 to purchase "an anatomical museum, chemical apparatus, and library." Dr. Paul Eve first mentioned MCG's library during an opening-day address in which he exclaimed that the library "contained rare and valuable publications both in ancient and modern languages." In 1835, the estate of Dr. William Savage provided the library with its second major influx of material. Dr. Alexander Cunningham offered his bookshelves until the library could purchase shelving to accommodate the new materials.

Starting in 1835, students had full use of the library. In 1840, Dr. Dugas acting as librarian, hand-wrote the Record Book, detailing the location of books, the rules of the library, and the records of patrons. Dr. Dugas availed himself three times a week to check out books to library patrons.

In 1836, Dr. Milton Antony founded the Southern Medical and Surgical Journal at MCG. It was unique to the South in that it published articles by Georgia's doctors and collected medical information internationally. During the deanship of Dr. Paul F. Eve, the school expanded significantly and rapidly in matriculation of students. Between 1832 and 1840, the number of students grew from 27 to 54. This growth was marred by the death of Dr. Antony in 1839 from yellow fever. Due to his death, the Southern Medical and Surgical Journal ceased publication. Despite the loss of its founding father, the school continued to prevail. By 1840, 100 students had graduated and were making names for themselves as competent physicians throughout Georgia and South Carolina. 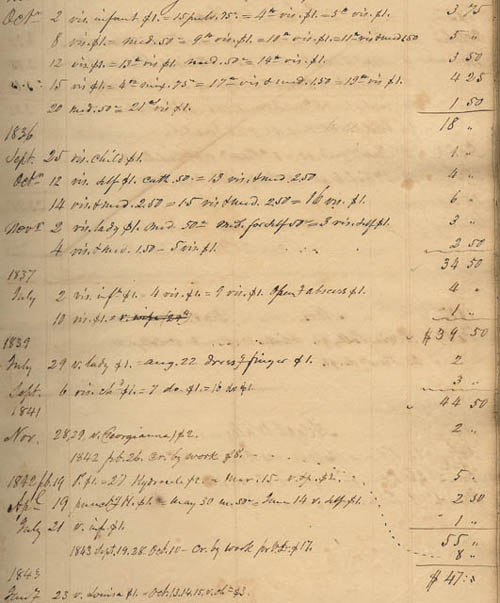 The faculty changes and the recurring financial troubles plagued the Board of Trustees during the early 1840s. Despite changes and hardships, the quality of education remained exemplary. While many medical schools had only demonstrations and lectures with little or no dissecting this situation was not the case at the Medical College of Georgia. Despite occasional cadaver shortages, rarely were students forced to forego dissecting because of a complete lack of subjects. With this hands-on learning, the instruction in anatomy was far superior to most medical schools in the country. By 1844, there were 39 graduates as compared to 18 in 1841, and the number of students had jumped from 73 to 140. 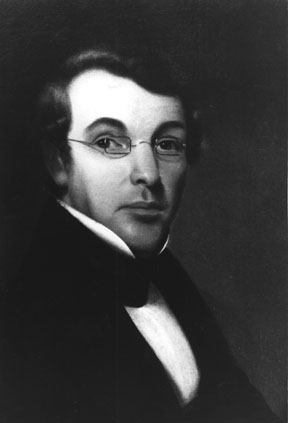 Dr. Paul F. Eve sought the best when acquiring his medical education throughout his life. He received his MD degree from the University of Pennsylvania in 1828, then studied in Europe under some of the finest physicians and in the best clinics of the time. Also an adventurer, he participated in the Paris Revolution of 1830 and in the Polish bid for independence as a soldier and surgeon. After his appointment to the Medical College of Georgia faculty as professor of surgery in 1832, he became a well-known teacher and surgeon and contributed to the growth and reputation of the new school. He served as dean from 1836-1844 and as an editor of the Southern Medical and Surgical Journal for the next five years. He was a prolific writer throughout his lifetime and was just as likely to record his failures as his successes. Dr. Eve was unafraid to express strong opinions on a topic. In an editorial note about an article on mesmerism promoted by his friend and colleague, Dr. Dugas, provides an example. He writes in the 1845 issue, "Viewing Mesmerism in the light I do, I regret the space occupied by it in the Journal..." in 1850, Dr. Eve left Augusta to continue his teaching and surgical practice in Louisville, St. Louis and Nashville where his reputation continued to climb. His interest in military causes also continued as he observed two battles in the Franco-Austrian War of 1859 and served the Confederacy during the Civil War. He provided leadership in professional organizations and served as president of the American Medical Association in 1857-58 and as Centennial Representative to the Medical Congress of Nations in 1876. The Polish government, 100 years after Dr. Eve's contributions during the Polish war, remembered him by erecting a monument in Augusta. A commemorative stamp honoring Dr. Eve was also issued by the Polish government. The medical community will remember Dr. Eve as one of the leading surgeons and medical educators of his time.