Through the efforts of Dr. Milton Antony, the Medical College of Georgia's legacy began. He and seven other doctors formed the Medical Society of Augusta in 1822 to establish a medical school and improve the city's medical standards. Shortly afterward, Dr. Antony quit the society and focused on opening a medical school. He and Dr. Joseph Eve, an 1826 graduate of the Medical College of South Carolina, started informally teaching classes to a handful of aspiring students at Augusta's City Hospital in 1826. Both doctors actively petitioned the state to create a medical school in Augusta. Their hard work resulted in Georgia's Legislature passing a charter establishing the Medical Academy of Georgia on December 20, 1828. The school received the right to award a bachelor of medicine degree after students attended one year of instruction. After earning their bachelor's degrees, the students would transfer to another medical school to complete their MD degree. 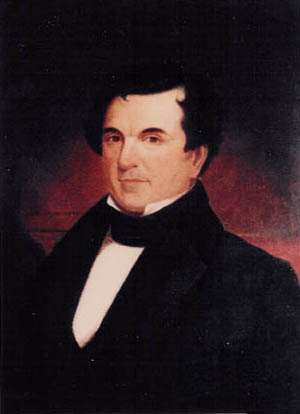 Despite a limited early education, Dr. Milton Antony began to study medicine at age 16 as an apprentice. He took a course in Philadelphia but could not afford to continue and never received a diploma. He began his practice in rural Georgia, and soon built up a large practice. After seven years, he moved to New Orleans for a short while and returned to Augusta in 1819. He became very active professionally and determined to improve the quality of his profession in Georgia. He was a member of the Medical Society of Georgia and with his urging, the Medical Board of Georgia was established which regulated the practice of medicine. In 1828, Dr. Antony, along with three other physicians, founded an academy of medicine to prepare students for further medical studies, soon expanded to become the Medical College of Georgia. He shepherded the building of a permanent home for the new school, which resulted in an impressive Greek Revival building. In 1836, he and his colleague, Dr. Joseph Adams Eve, began the Southern Medical and Surgical Journal to report the medical advances and practices of the South. Besides Dr. Antony's contributions to the profession itself, he was also a fine surgeon, and reported on his bold surgery to remove a portion of a diseased lung by partially removing the fifth and sixth ribs. Dr. Antony enjoyed an excellent reputation both in and outside the state. As the yellow fever epidemic swept through Augusta in 1839, Dr. Antony became one of its victims. He was buried on the grounds of the original Medical College of Georgia building. 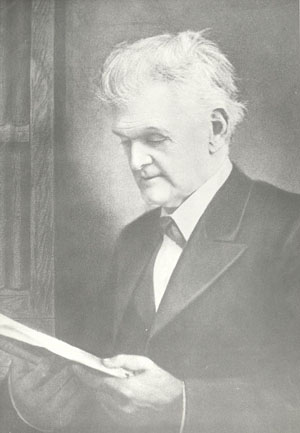 Dr. Joseph Adams Eve studied medicine under Dr. Milton Antony. After continuing his studies in Europe and the Medical College of South Carolina, he returned to Augusta in 1828 to practice and joined Dr. Antony as a founding faculty member of the Medical College of Georgia. He served first as chair of materia medica, then as chair of obstetrics and diseases of women and children for over 50 years. He was an editor of the Southern Medical and Surgical Journal and wrote many valuable articles for the profession.

Augusta's first City Hospital opened in 1818 on two and a half acres of land at 124 Greene Street. The city purchased the land from the Academy of Richmond County trustees for $1,000. Shortly after, John Lund constructed a wooden frame building for roughly $5,500. The two-story building housed 10 beds but could care for 21 patients during epidemics. A thriving hospital, the first City Hospital had an average daily occupancy rate of 11 patients.

Dr. Milton Antony began teaching in two rooms of the hospital in 1826 and was joined a year later by Dr. Joseph Adams Eve. After the Medical Academy of Georgia received its charter in 1828, the hospital expanded and served as a site for medical lectures. To support this expanded role and to enhance teaching, the hospital spent $457 to renovate its rooms. Following the opening of the new City Hospital, the hospital vacated the building in 1869.