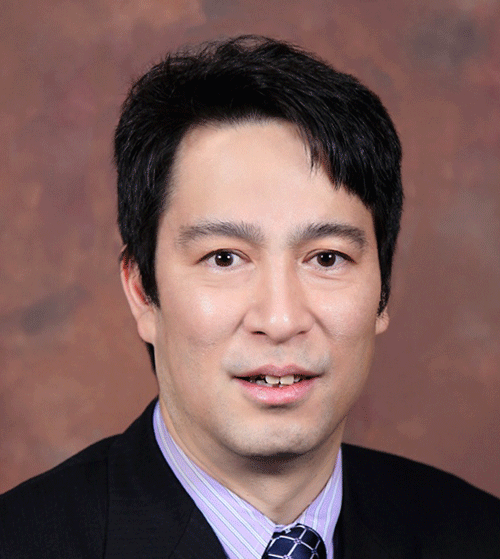 Our lab has been investigating a role of oxidative stress and copper transport system in cardiovascular disease. We have provided the first evidence that vascular copper (Cu) transport proteins such as “Cu chaperone” antioxidant-1 (Atox1) and “Cu transporting ATPase” (ATP7A) play an important role in hypertension by regulating activity of Cu containing antioxidant enzyme, extracellular SOD (ecSOD) which preserves NO bioavailability against oxidative stress. We recently found additional novel role of Atox1 and ATP7A in cell growth and migration.  We found that Atox1 is upregulated in atherosclerotic vessels and functions as a transcription factor for cyclin D1 to regulate Cu-dependent cell proliferation, and that Cu transporter ATP7A is important mediator for PDGF-induced vascular migration in part by regulating lysyl oxidase (LOX) activity. We also reported a role of the ATP7A-SOD3 axis in VSMCs for regulating NO-mediated vasorelaxation of mesenteric arteries in hypertensive or type1 diabetic mice.  Most recently, we demonstrated that Atox1 functions as a Cu-dependent transcription factor for p47phox NADPH oxidase to regulate reactive oxygen species (ROS)-dependent inflammatory gene expression as well as Cu chaperone for LOX, which promotes inflammatory angiogenesis. Based on these findings, the following two areas are the major focus in our laboratory: 1) to examine the mechanism of modulating ecSOD activity in cardiovascular disease using biological and gene targeting approaches: 2) to investigate how Cu transport proteins are involved in oxidative stress- and inflammation-dependent cardiovascular disease  The long-term goal of my lab is to understand the molecular mechanisms of how oxidative stress and Cu transport proteins contribute to cardiovascular and metabolic diseases and cancer, which will lead to development of novel therapy.

Role in hypertension and atherosclerosis: Due to its extracellular location, ecSOD plays a critical role in regulating endothelium-derived nitric oxide (NO) bioavailability by preventing the reaction between NO and O2•- and peroxynitrite (ONOO-) formation.  Our lab has demonstrated that expression of ecSOD is subject to a substantial degree of regulation at the transcriptional and post transcriptional levels in cardiovascular diseases and by various stimulants, including exercise training. Of note, there is little to no detectable expression of ecSOD in endothelial cells (ECs), but it is synthesized and secreted by vascular smooth muscle cells (VSMCs), and binds to the heparan sulfate on the EC surface and extracellular matrix through its C-terminal heparin binding domain.  Using ecSOD deficient mice, we demonstrated that ecSOD plays an important role in regulating blood pressure and endothelial function by modulating the levels of O2•- in the extracellular space.  Recently, we also found that Cu transport proteins, key regulator of ecSOD activity, plays a role in regulating Angiotensin II-induced hypertension, as shown below.  In atherosclerosis, we demonstrated that ecSOD is highly expressed in lipid-laden macrophage as well as atherosclerotic lesions.  We also found that peroxidase activity of ecSOD may play a role in atherosclerosis, because ecSOD activity is partially restored by elevating endogenous levels of uric acid, a potent inhibitor of peroxidase activity of Cu/ZnSODs in vivo and in vitro.  Moreover, we recently found that both ecSOD and its regulator Cu transport protein Atox1 are markedly increased in atherosclerotic intimal lesions. Given these findings, we are studying how ecSOD plays a role in cardiovascular diseases such as hypertension, atherosclerosis as well as physiological status such as exercise training.

Although heparan sulfate proteoglycan is an important ligand for ecSOD in the extracellular matrix, little is known about other biological partners of ecSOD. Using yeast two-hybrid system, we recently discovered fibulin-5 as a novel binding protein for ecSOD. We have demonstrated that: ecSOD-fibulin-5 interaction is required for ecSOD binding to vascular tissues, thereby regulating vascular O2•-  levels.  This interaction may represent a novel mechanism for controlling vascular redox state in the extracellular space in various cardiovascular diseases such as atherosclerosis and hypertension in which oxidative stress is increased. Furthermore, using tamoxifen-inducible SOD3 knockout mice, we found that SOD3 is essential for survival in the presence of ambient oxygen and that acute loss of this enzyme can lead to severe lung damage.  Finally, with our collaborators, we will find out role of SOD3 in renal ischemia/reperfusion injury,

Cu, an essential trace element, serves as a co-factor of key metabolic and redox enzymes that regulate physiological and pathological processes in eukaryocytes; however, it is also toxic in excess.  Thus, Cu homeostasis is tightly controlled by various Cu transport proteins. Our laboratory provided the first evidence that ecSOD requires Cu transport proteins (i.e. Atox1 and ATP7A) to obtain its full activity. Furthermore, we demonstrated that Cu transporters play an important role in regulating oxidative stress-dependent hypertension and endothelial function by regulating ecSOD activity.  Recently, we showed that decrease in ATP7A protein expression in blood vessels of type1 diabetes contributes to decrease in ecSOD activity, resulting in O2•- overproduction and endothelial dysfunction.

Cu has been implicated in vascular remodeling and atherosclerosis with unknown mechanism. We recently found that ATP7A plays an important role in Cu-dependent PDGF-stimulated VSMC migration via recruiting Rac1 to lipid rafts at the leading edge as well as regulating Cu-containing lysyl oxidase (LOX) activity. This may contribute to neointimal formation after vascular injury. Using mice lacking Atox1, we found that Atox1 is involved in neointimal formation after vascular injury through promoting VSMC migration and inflammatory cell recruitment in injured vessels.   We also demonstrated that Atox1 functions as a Cu-dependent transcription factor for Cyclin D1 to promote proliferation.  Based on these findings, our lab extensively investigates a role of Cu transport proteins in oxidative stress- and inflammation-dependent cardiovascular disease.