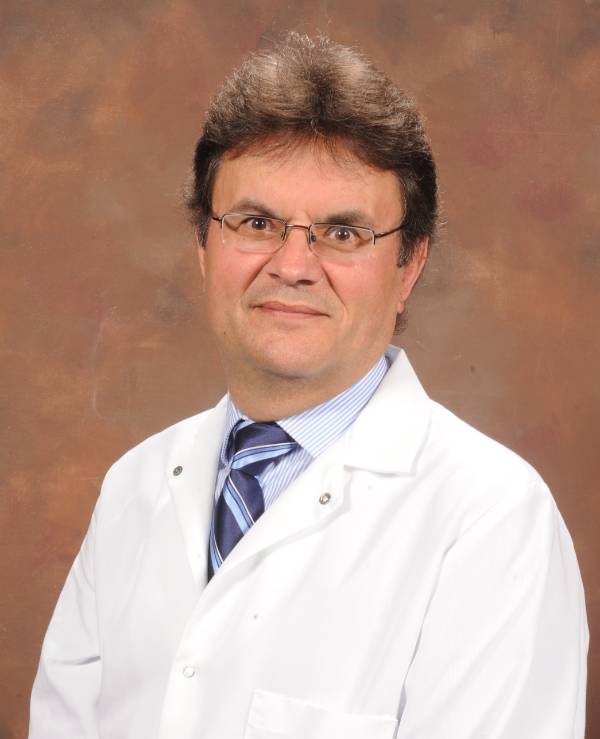 Inflammation and cancer. Inflammation and fibrogenesis. Education of immune system for successful transplant outcomes. Tolerogenic functions of HLA-G and its receptors. Personalized immune mouse for diagnostic and therapies of allograft rejection in organ transplantation.

Research projects in my laboratory are aimed at defining the molecular pathways that link inflammation and cancer. A broad range of molecular and cellular biology, immunology, and animal modeling techniques are used to dissect the role of chronic inflammation that contributes to liver fibrosis and liver cancer development and progression. Another area of research interest is to understand the tolerogenic properties of HLA-G in the induction and maintenance of transplantation tolerance. Current specific research areas are outlined below.

Inflammation and liver cancer.
Inflammation is a characteristic feature of chronic liver injury. Chronic inflammation can promote all phases of carcinogenesis, from favoring the initial genetic alteration that gives rise to tumor cells, to acting as a tumor promoter by establishing an environment in the surrounding tissues that allows the tumor to progress and metastasize, to triggering immunosuppressive mechanisms that prevent an effective immune response against the tumor. Identifying new molecules that control inflammatory responses would provide a novel therapeutic possibility to prevent and reduce the incidence of cancer. Triggering receptor expressed on myeloid cell-1 (TREM-1) is one of these potential molecules. TREM-1 has limited expression; it is expressed on neutrophils, monocytes and macrophages and plays a crucial role in enhancing inflammatory responses through amplifying the expression of pro-inflammatory cytokines and chemokines. The causal contribution of TREM-1 in chronic inflammation and inflammation-associated cancer has not yet been established. Recently we have demonstrated that targeted deletion of TREM-1 significantly inhibits chemical-induced hepatocellular carcinoma (HCC) development. Our data demonstrate that liver injury is associated with enhanced expression of TREM-1 on Kupffer cells, in contrast to normal hepatocytes that are devoid of TREM-1 expression. In addition, TREM-1-deficient mice have significantly reduced recruitment of inflammatory cells to the liver and decreased levels of pro-inflammatory cytokines/chemokines, compared to wild-type mice. Ongoing studies are designed to understand the role of TREM-1 in induction of liver fibrosis and initiation and promotion of HCC. The laboratory is focused on the determination of cross-talk between hepatocytes, Kupffer cells, and hepatic stellate cells in the development of liver fibrosis and fibrosis-associated hepatocarcinogenesis.

Mechanisms of tolerogenic function of HLA-G.
The induction of immune tolerance continues to be an important goal of clinical organ and tissue transplantation. The immunological acceptance of a fetal semi-allograft during pregnancy is a natural model of immune tolerance, and its underlying mechanisms can be exploited to prevent allograft rejection in clinical transplantation. HLA-G is a human, non-classical MHC molecule expressed in immune-privileged sites and is responsible, in large part, for the development of maternal tolerance to genetically different fetal tissues. Evidence suggests that HLA-G protects the fetus from attack by natural killer cells, macrophages, dendritic cells (DCs), monocytes, and T cells by interacting with inhibitory receptors, such as immunoglobulin-like transcript 2 (ILT2) and ILT4, and modifying cell functions. The unique characteristics of both cell-surface and soluble isoforms of HLA-G, the formation of disulfide-bonded dimers with the potential to augment inhibitory receptor signaling, and the function of HLA-G as a preferential ligand for the ILTs make HLA-G very important in fundamental approaches for modulation of immune responses to improve allogeneic graft survival in clinical transplantation. We have developed models to dissect the mechanisms of tolerogenic function of HLA-G in vitro and in vivo. Our studies revealed that allogeneic skin graft survival is significantly prolonged or the allograft is accepted in transgenic mice expressing inhibitory receptors and treated with HLA-G1. Since HLA-G has the potential to up-regulate the expression of inhibitory receptors and HLA-G has been found in patients with organ transplants and might be associated with allograft survival, and because our data support that the HLA-G5 dimer form mediates the strongest inhibitory signal, we predict that the level of HLA-G5 dimer plays a critical role in patients in prolongation of kidney allograft survival. We propose that the different isoforms of HLA-G mediate distinct inhibition of immune responses via ILT receptors in patients with kidney transplants. We determined the levels and efficiency of inhibitory signaling of HLA-G5 monomers and dimers in patients with kidney allograft and the relationship between different isoforms of HLA-G and graft acceptance or failure. In addition, the interaction of a strong HLA-G ligand and ILTs promotes induction of regulatory T cells and myeloid-derived suppressor cells (MDSCs) with suppressive activity. We determined the expression of inhibitory receptors for HLA-G on immunocompetent cells, the development of regulatory cells and MDSCs in patients with kidney allograft, and the relationship between regulatory T cells, MDSCs, and graft acceptance or failure. Ongoing studies are designed to further understand the tolerogenic properties of HLA-G in humanized mice. Data generated from this model system will be used to optimize treatment in kidney transplant patients as a prelude to clinical trials in these patients.